Europe is the sixth largest continent in the world, and despite its small size, it is packed with history, innovations and 44 countries.

Europe is a fascinating place to explore and kick-start a travel bucket list. We are on a mission to explore all of Europe, and currently sitting at 60% of countries visited.

With 44 countries strong, Europe sightseeing is made easy with tons of guided tours, with the ability to see more in less time, due to geographical proximity. A few times, we crossed three countries in one day! Like wow!

Check out the latest – packaged guided tours offered from TourRadar.

Check out the latest – packaged guided tours offered from GAdventures.

Did you know, the word, “Europe” is derived from the name of a Phoenician princess – Europa.

✔ Europe is the second smallest continent in the world.

✔ Two World Wars began (and were centered) in Europe.

✔ Of the 44 recognized countries of Europe, 27 of them belong to the European Union – a political and economic union within the continent. Citizens have an EU passport and the Euro is the official currency.

✔ Schengen Area or zone is an agreement within European nations to allow free movement of people (between the participating countries). Not all EU nations are part of the Schengen Zone and vise versa.

✔ Iceland, Norway, Switzerland, and Lichtenstein are associate members of the Schengen Area but are not members of the EU (what it means for a traveler is that - if you have a Schengen visa you can travel there, however, their official currency is not Euro. They might accept Euros, but be ready to exchange currency or take the change in their national currency. We visited 3 of the 4 countries listed here, and they are pretty expensive as compared to other EU countries like France, Spain or Germany). 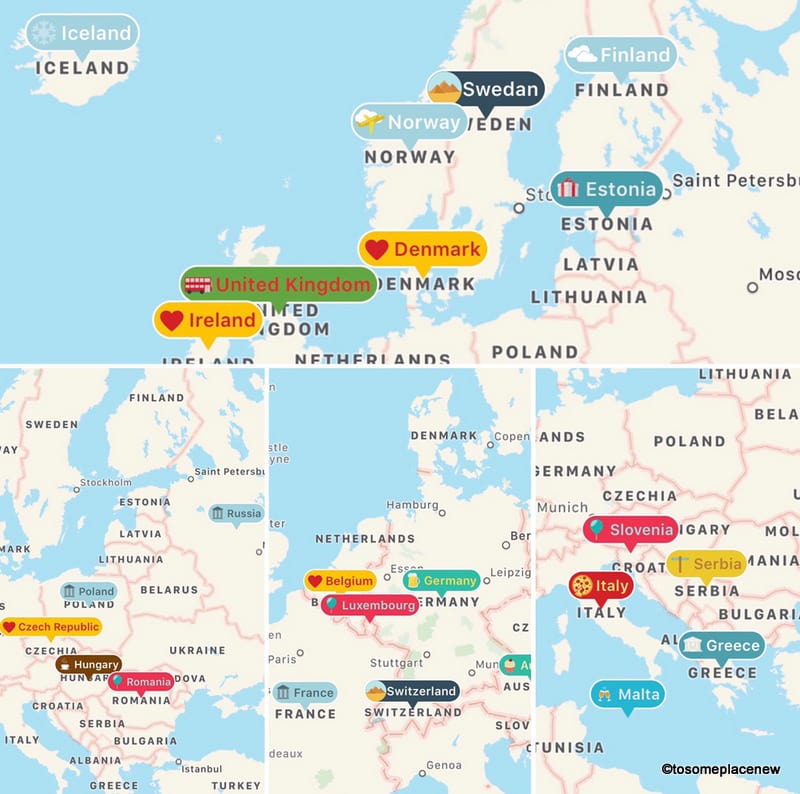 Start your Europe exploration with these handy guides

READ THE LATEST FROM EUROPE (click on the images)

We were super excited when we started planning for Croatia. There is SO much to see, and we did TONS…
END_OF_DOCUMENT_TOKEN_TO_BE_REPLACED

Are you looking for the best Europe winter tours? We have the answer. With a ton of Europe travel experience…
END_OF_DOCUMENT_TOKEN_TO_BE_REPLACED

Prague is an amazing city at any time of the year. It is mysteriously beautiful at night. So whether you…
END_OF_DOCUMENT_TOKEN_TO_BE_REPLACED

Want an easy way to explore Eastern Europe’s unique culture and history? We got you covered with these handpicked Prague,…
END_OF_DOCUMENT_TOKEN_TO_BE_REPLACED

When you think of the best cities in Netherlands, the first image that probably comes to mind is Amsterdam. But,…
END_OF_DOCUMENT_TOKEN_TO_BE_REPLACED

We are Mayuri & Salil from Canada, and we love creating AWESOME & TIME EFFICIENT travel itineraries to make the most of our trips. Currently on a mission to explore all of Europe (cities, castles, microstates - you name it). We are happiest when we are together, exploring the world through a cultural and historical lens, with coffee and camera in hand. Follow us on our adventures as we travel, eat and photograph this beautiful world!