Once upon a time, Hauz Khas was part of Siri – a city built by the Delhi Sultanate ruler – Allauddin Khilji. Today it is an affluent southern Delhi neighborhood. This area is definitely a great mix of old and the new. Read about all the places to visit in Hauz Khas and add them to your Delhi India Itinerary.

I lived in Delhi for 3 years and this post is a part of Delhi Heritage Walk series. Living and studying about history, encouraged me to travel more. Read other posts on the series 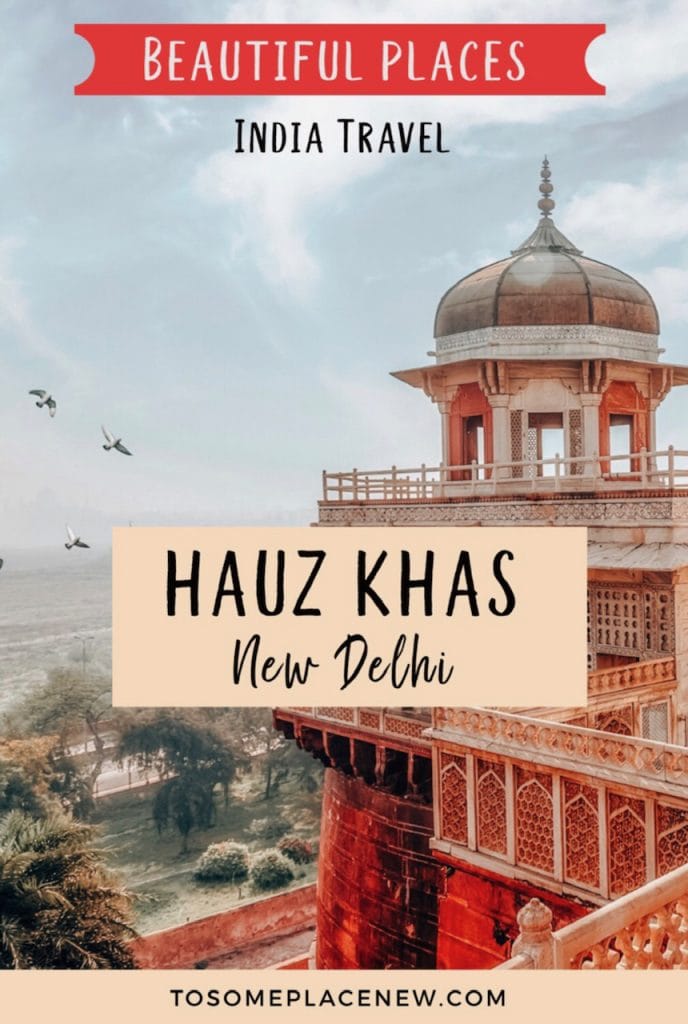 Places to visit in Hauz Khas

Hauz Khas Complex is located in Southern part of Delhi. Hauz Khas derived its name from the two Urdu words, ‘Hauz’ meaning ‘water tank’ and ‘khas’ meaning ‘royal’. True to its name, Hauz Khas houses a royal water tank built by Alauddin Khalji (Delhi Sultanate). Along with the that, Hauz Khas complex has tombs of Muslim royalty from the 14th to 16th centuries, a mosque and pavilions with a medieval history traced to the Delhi Sultanate reign. The complex structures are made up of red sandstone and marble.

The large water tank or reservoir was built by Khilji was meant to supply water to the inhabitants of Siri (second medieval town of Delhi Sultanate).  It stored water supply during rainy seasons. The lack of maintenance led to silting up of the channels that fed the tanks and it dried up. Thereafter Feroz Shah Tughlaq restored the water supply system to these tanks were restored during his reign.

Places to visit in Hauz Khas – Heritage Walk through the complex 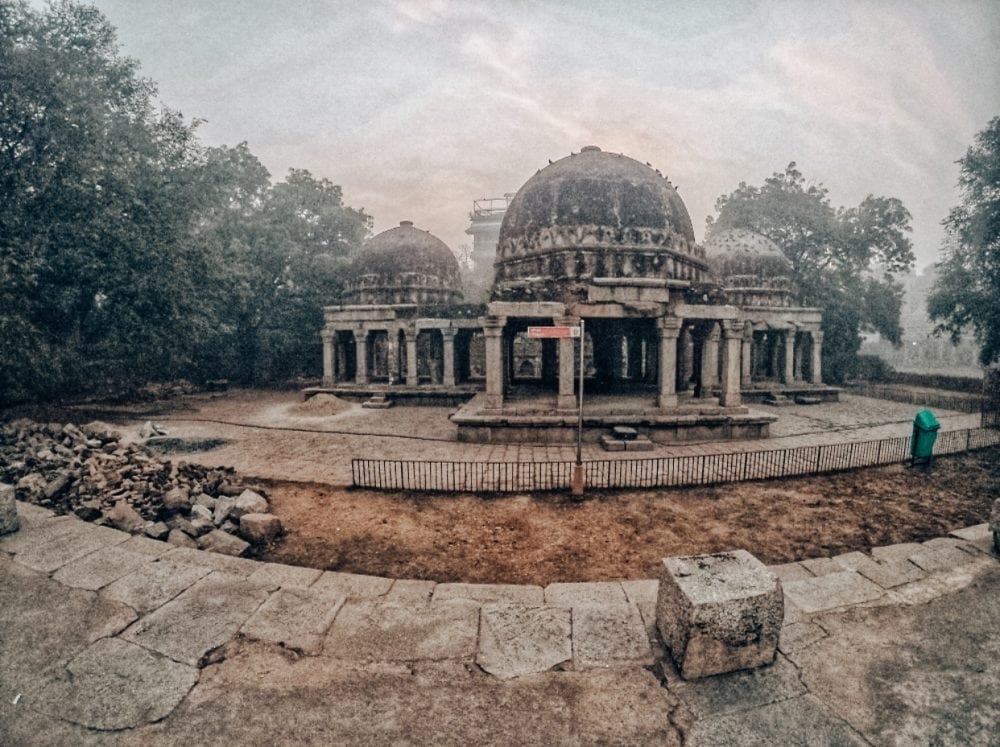 There are many attractions located at the Hauz Khas complex – some phenomenal and some small.

We started at the entry gate of Deer Park situated near the main gate of Hauz Khas Village. As we entered the complex, we saw the medieval remains of the Delhi Sultanate. We walked around the Hauz Khas/ royal tank that was built as a part of the second city of Delhi by Alauddin khilji.

We took a stroll around the royal tank and witnessed an unusual T-shaped building (called the Assembly Hall). Just beside the Assembly Hall is the mosque of the complex which functioned as a place of prayer. There are other monuments within the complex as well like pavilions that stand scattered about the gardens and tombs of the teachers who taught in the madrasa (Islamic learning centre within the Hauz Khas complex). 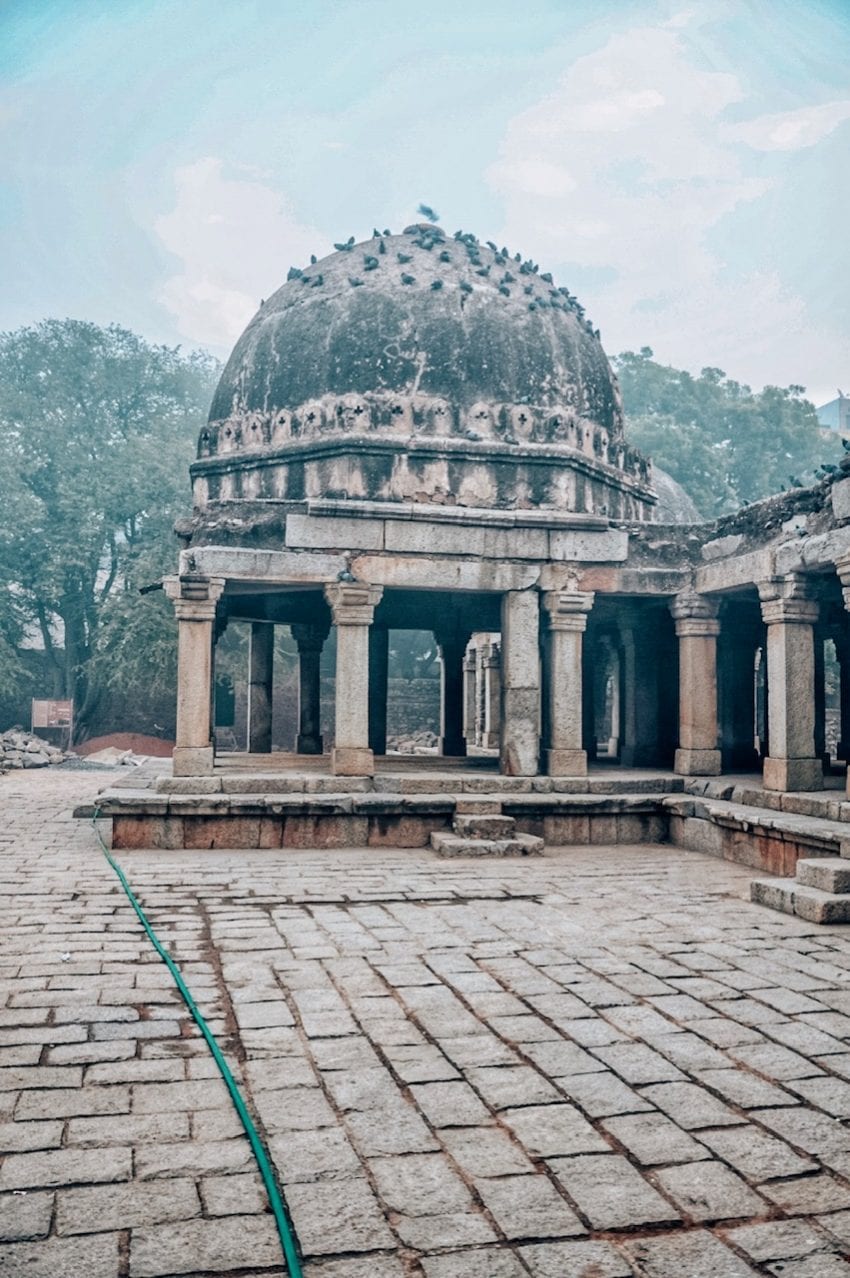 We passed through the gardens and ruins to visit the Madarsa built by Firoz Shah, known as Madrasa-e-Firoz Shahi. Followed by the tomb of Firoz Shah, where Firoz Shah Tughlaq himself chose to have his own tomb built at a focal point of this complex.

Other then the restoration of the royal tank, Firuz Shah also constructed numerous structures within the Hauz Khas complex. Notable among them is the Firuz Shahi madrasa. The Madrasa was established in 1352 and it became one of the leading institutions of Islamic learning in the Delhi Sultanate, especially after the fall of Baghbad- Delhi became an important site for Islamic learning. The architecture of the madrasa was also splendid. The designed structure was built in L-Shape as one contiguous structure on the south and east edges of the reservoir complex. 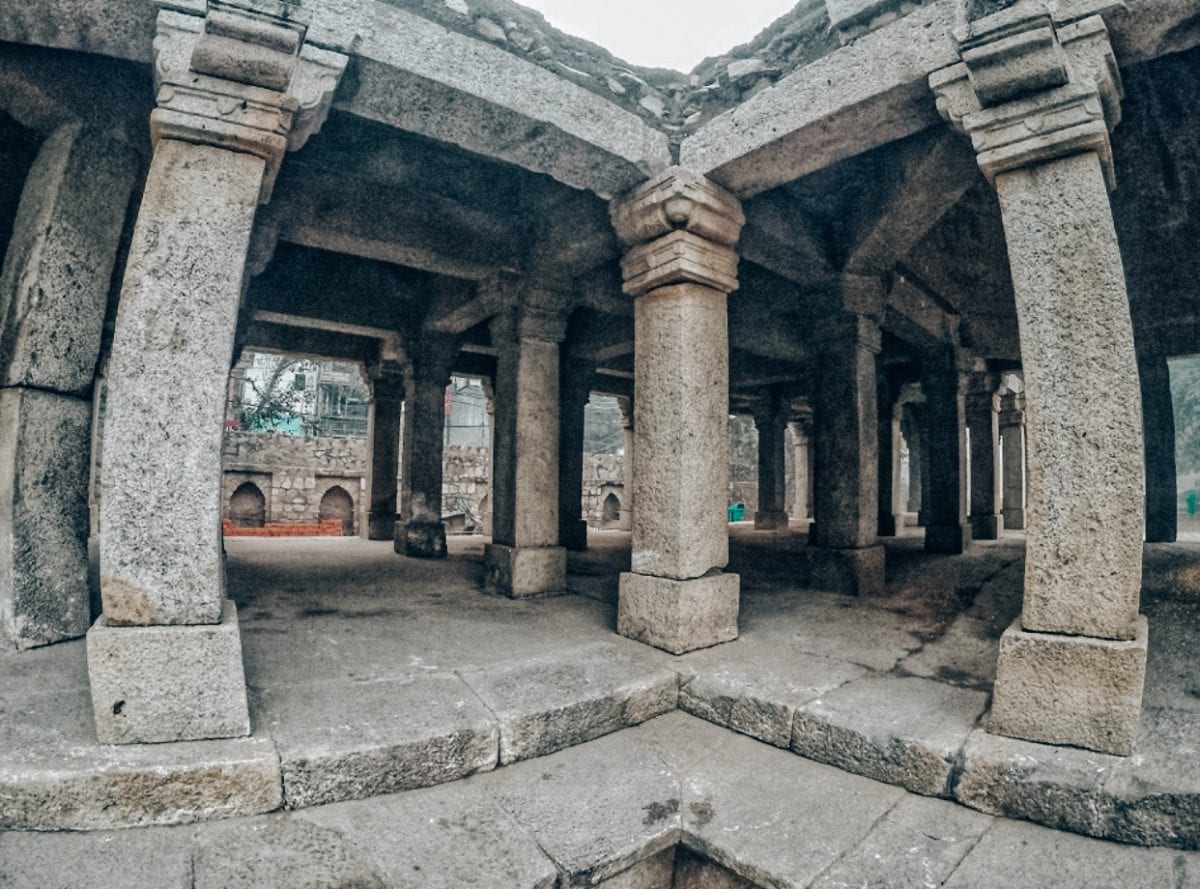 There is also a small mosque, main tomb for Firoz Shah and six domed pavilions in the complex. Both the madrasa and mosque overlook the reservoir. From each floor of the madrasa, staircases are provided to go down to the lake. Many cenotaphs are also seen, which are reported to be possibly tombs of teachers of the Madrasa.

Firoz Shah’s tomb is also located within the complex. The tomb’s plain style is faithful to the austerity of much of Tughlaq buildings. 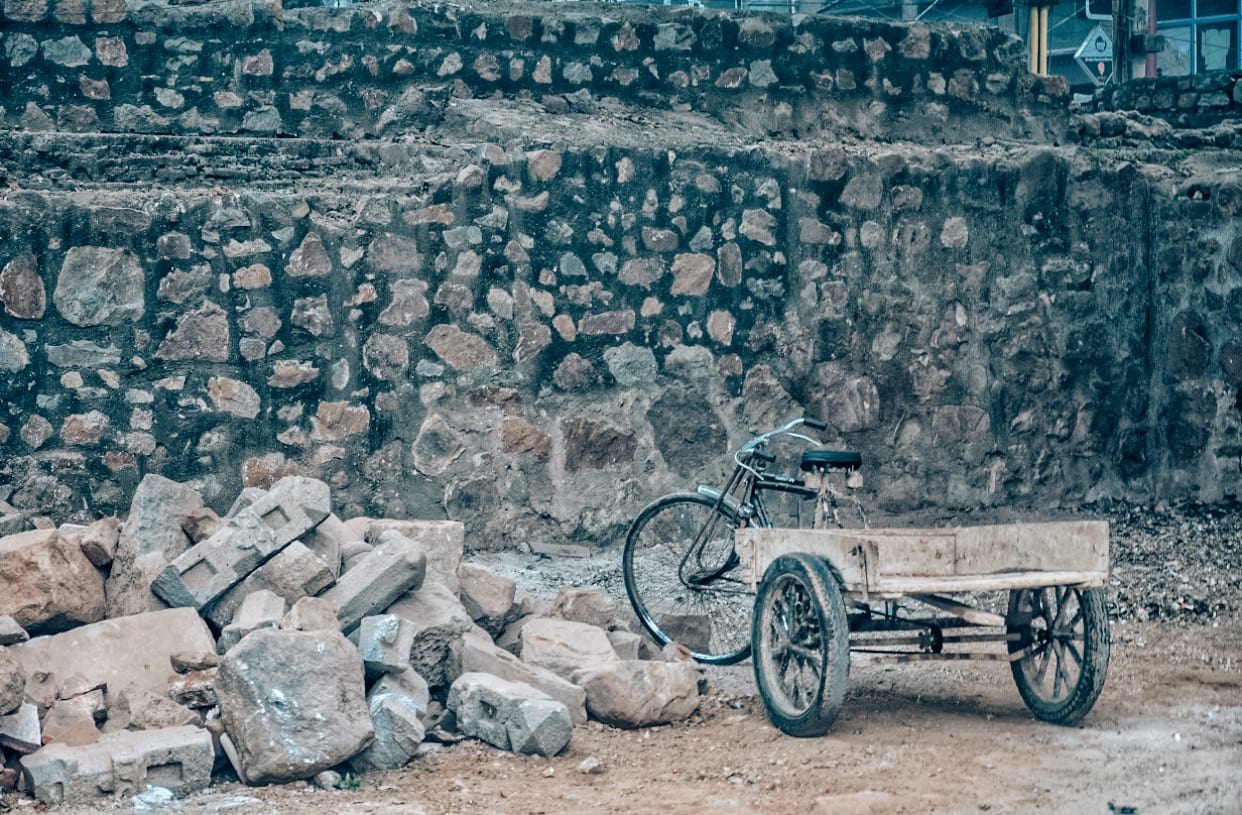 The Hauz Khas village was known in the medieval period for the amazing buildings built around the reservoir that drew a large congregation of Islamic scholars and students to the Madrasa for Islamic education. The present status of the village also retains the very old charm of the place with its aesthetic appeal with green parks, characteristic shops and market-places.

Today Hauz Khas village is an upbeat-posh-creative community. It has a plethora of eating areas and fashion and art boutiques. 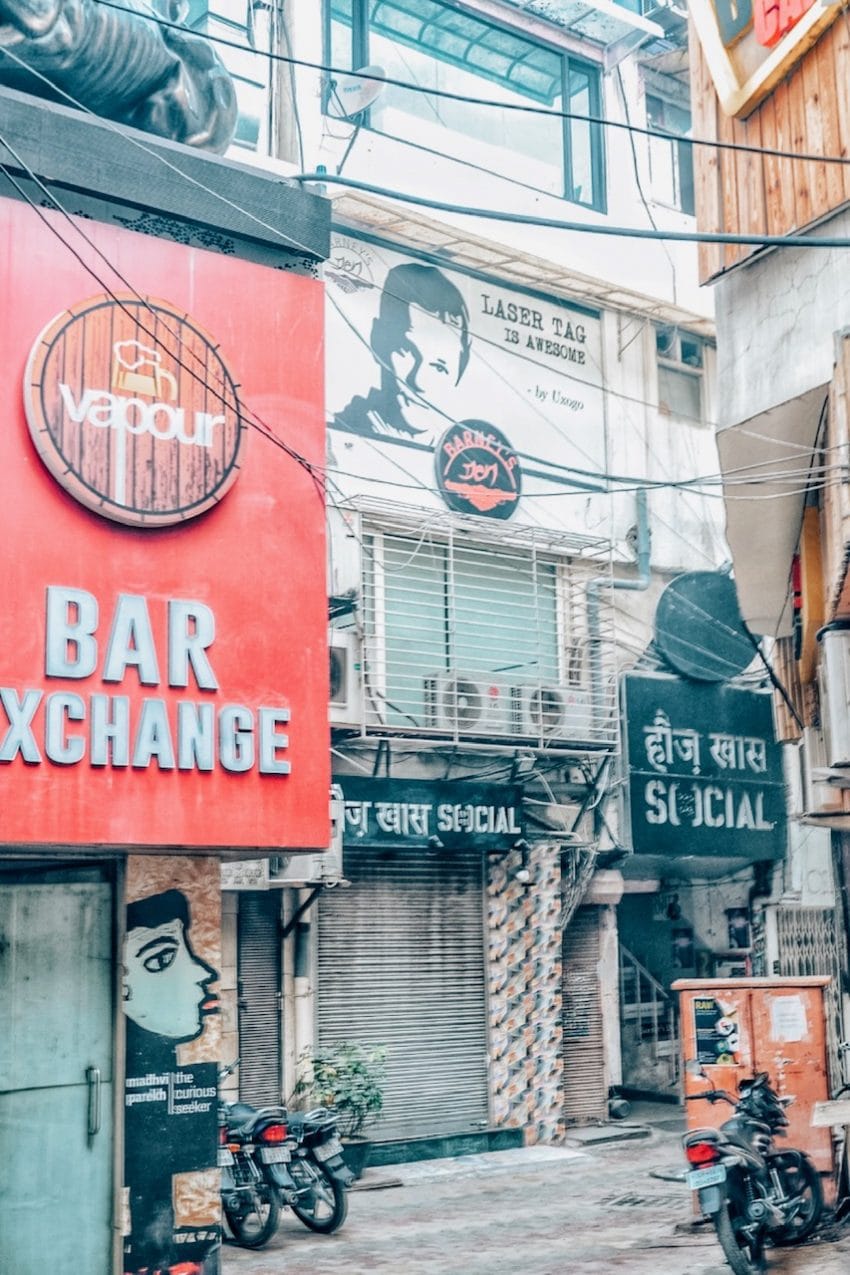 Deer Park area is a lovely oasis for the residents and perfect for evenings and weekend getaways.  The Deer Park along the Rose Garden constitutes one of the largest green areas in New Delhi. They provide fresh air in the otherwise polluted hustling bustling mega metropolitan Delhi.

Deer Park Hours: Entry to the Deer Park is free and it is open everyday.

Hauz Khas Social is a popular place to dine and relax. Actually perfect for couples or a date night. Prices for meal for 2 people are roughly 2000 rupees (40 dollars approximately). This restaurant has really great reviews, so if you are in town, definitely check it out.

4 years since we opened doors to a venue that changed the way Delhi partied. We're ready to #tbtlikeanything at the #HKVBday2018 w/ @realsureal tonight ! Hit the hastags for all the discounts you can claim 🙂

If you are staying in and around Hauz Khas for a couple of days, here are some recommendations

We recommend using  HotelsCombined.com  to find accommodation. It is our favorite hotels website for quickly comparing the prices of multiple hotel booking sites at once.

Here are some quick tips for visiting Hauz Khas Complex.

There are many ways to reach Hauz Khas from different Delhi neighborhoods.

Metro: Metro is fast and safe to travel. If you are using the metro, get down at ‘Green Park’ Metro station and take a e-rickshaw or walk to the Hauz Khas complex.

Metro lines – Yellow and magenta – will take you to the closest Hauz Khas metro station. Once there, you will have to walk 2 minutes to get to the historic complex.

Car: Driving to Hauz Khas is an option. Parking is available.

Cab/Private Transfers: There are private transfers available from tour services, which also includes a ride to Hauz Khas. You can completely customize the sightseeing areas, up to your taste and liking. Book your private tour and transfer here

This is an 8 hour tour and for 2 person, it is less then $100 USD. The reviews on GetYourGuide are positive. Check it out here

If you would like to go on a heritage tour of Hauz Khas Village, here is some information.

Photo Credit: Raghav from Ticker Eats the World. Edited by me.

Places to visit in Hauz Khas

Mayuri is the creator behind ToSomePlaceNew. An Indian-Canadian (and a History nerd), people often mistake her for a Filipino. Mayuri has a graduate degree in History and is an MBA. She loves traveling the world, capturing historical nuances and discussing that over a cup of coffee with her husband, Salil.

We are Mayuri & Salil from Canada, and we love creating AWESOME & TIME EFFICIENT travel itineraries to make the most of our trips. Currently on a mission to explore all of Europe (cities, castles, microstates - you name it). We are happiest when we are together, exploring the world through a cultural and historical lens, with coffee and camera in hand. Follow us on our adventures as we travel, eat and photograph this beautiful world!